A guide to squash strings

In most cases a racket will come with poor quality factory squash strings which don’t have the performance of squash strings purchased from a stringer. Some players will even have their rackets re-strung as soon as they’ve bought them without even using the default strings.

There are some manufacturers who have deals in place with major string manufacturers. Black Knight rackets often come pre-strung with Ashaway strings and Tecnifibre rackets utilise their own popular strings.

String type and tension is, however, very important in the performance and style of a racket.

Which strings should you buy?

The strings you should buy depend on how much you play and what you prefer. The best performance strings are Ashaway and Tecnifibre, but these are also the most expensive and are typically less durable than cheaper options.

Unless you are playing to a high level, or are not bothered by the extra cost, it is probably better to go for the mid-range options, which are typically labelled as ‘synthetic gut’ and similar names. Most stores and stringers have their own preferred, mid-price string that they use. 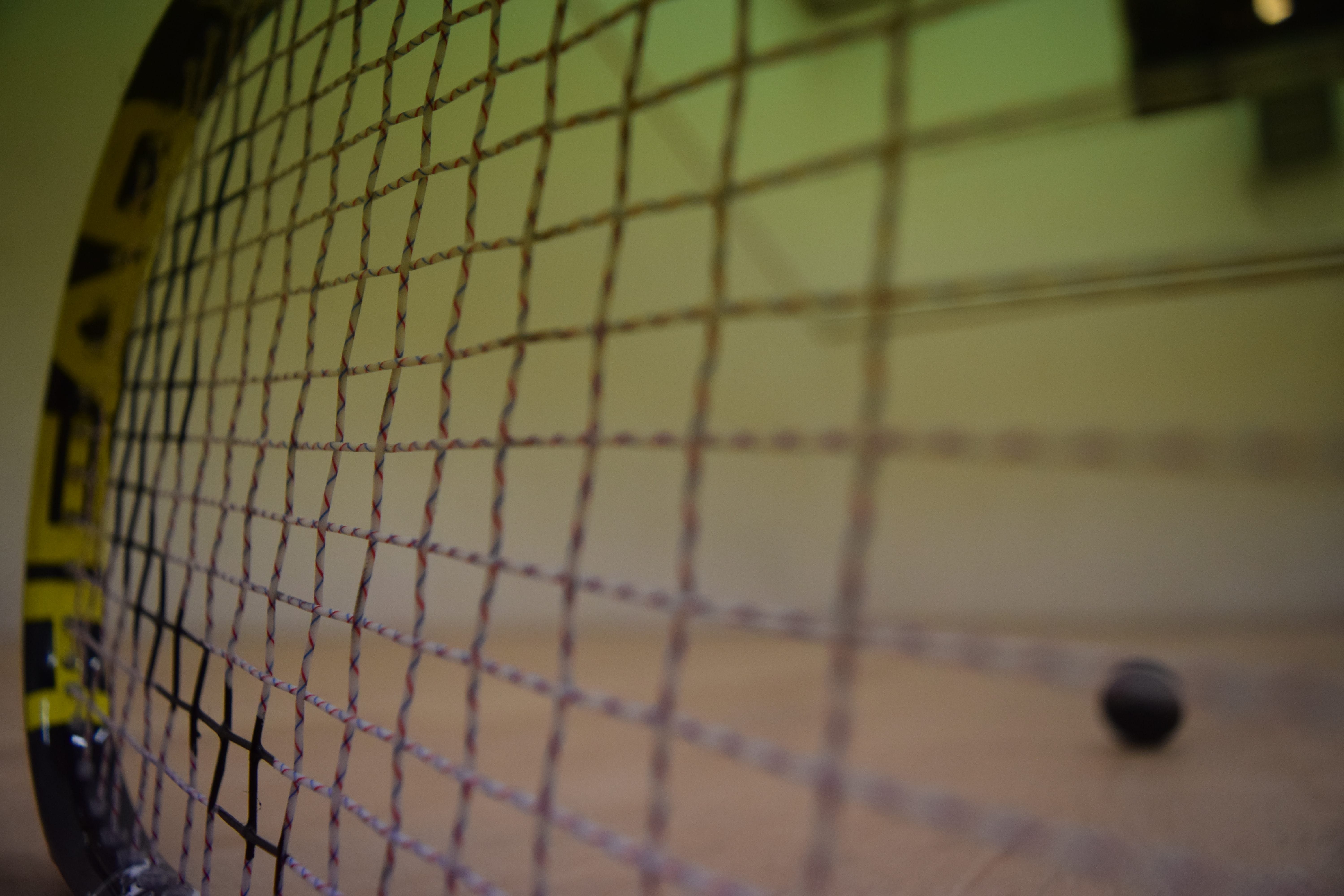 What tension should you get?

The most common string tension is usually around 26Ibs, which is fairly middling and neither too tight nor too loose.

Higher tension – 28Ibs or above

Tension around 28Ibs is typically the highest you want for a racket. Any tighter than this, and you will be putting quite a lot of pressure on your frame. You are also going to make it hard to achieve power with your shots and you will also make it a bit more likely your strings will snap or wear away a bit quicker.

As mentioned above, 26Ibs or thereabouts is the typical tension favoured by most stringers. If you haven’t got a particular preference or are unsure what to get, this is the best range to go for.

Having your racket strung between 22-24Ibs is on the loose side of normal but isn’t out of the ordinary. If you wanted to try having looser strings, this would be the tension range to go for to get a feel for it without doing anything too drastic. This might be worth considering if you thrive on a hard-hitting game to try and maximise your strength.

Very loose tensions – 21 lbs or under

Having your racket strung at 21Ibs or lower is quite uncommon and this is typically only used by very particular players or professionals who know exactly what they want. It is believed that Gregory Gaultier has his racket strung at 14Ibs, which beggars belief! Maybe he knows something we don’t!

When you have your strings strung this loose, you may find it more difficult to achieve accurate drop shops and ‘touch’ at first.

The 17 gauge is slightly thicker than an 18 gauge – typically 1.25mm vs. 1.15mm or thereabouts – and so will last longer. However, you will get slightly more power with an 18 gauge to make up for the slightly reduced durability. Much like other things involving your racket, it’s down to your needs and personal preference.

The effect of racket shape on strings

The shape of the racket can have an impact on the life of your strings, as some rackets put more tension on certain areas of the string, which can cause strings to snap or wear quicker. Unfortunately, with tear-drop shaped rackets, the strings tend to break earlier, as the string bed is very long and so the strings are pulled tight over a longer area, which means the vertical strings are more prone to snapping.

Round headed rackets tend to last a bit longer as the vertical strings aren’t pulled down over such a long area and so are less prone to snapping.

Grommets protect your strings from being cut into by the frame and so if they are damaged or missing, strings may break sooner than expected. This can really put your strings at risk of snapping if you hit an off-centre shot.

Mis-hitting the ball and off-centre shots

If you typically hit the ball in the middle of your strings, you will most likely get the best out of your strings. If used correctly, strings should eventually break around the centre due to the repetitive impact of the horizontal and vertical strings when you hit the ball, resulting eventually in one of the strings cutting deep enough into another to snap it.

If you have a damaged bumper strip, you may find that strings snap etc., when your racket hits the floor or wall. Hitting the floor or wall can be rather hard to avoid and so if you have a racket with a damaged bumper, it is worth putting electrical or racket tape over the top of the racket to protect the strings until you can get a new one when you have your racket re-strung. If your bumper strip is damaged, you need to make sure that there are no sharp bits of plastic attached or hanging off which could hurt your opponent. It is your responsibility to remove these bits and put tape over the affected areas.

If you have a racket model which doesn’t come with a bumper strip, you might also want some electrical or racket tape for extra protection, although this may alter the balance of the racket slightly.

Stringing your racket with cracks in the frame

If your frame has a crack, your stringer might refuse to string the racket as it is quite possible the frame will crack when the pressure and tension needed to string the racket is applied. You might be able to get them to re-string the racket in spite of this, but be warned you’ll need to pay extra and there is no guarantee your racket will make it through the process without breaking completely.

Buying a reel of string

If you do have a favoured brand of string and you play a lot, it is worth your time and money to buy a reel of string. You can then leave this with the stringer when you get your racket restrung and they will only charge you for labour, which will save you money in the long run.

For more information about what equipment to use, we also have detailed guides on rackets and balls.