As squash tactics go, going in short should be one of your most valuable attacking weapons. It should be the natural follow up to the the length battle, as once you’ve established a position of strength by getting yourself in front of your opponent and on the T-Position, you will find it easier to attack a weaker shot with a drop, boast or kill. Going in short is the best way to press home that positional advantage and build towards winning the point.
There is no point in gaining the upper hand after a superb straight drive, forcing a weak return from your opponent and then playing another straight drive and reopening the length battle. This will let them off and allow them to regain a foothold in the rally. 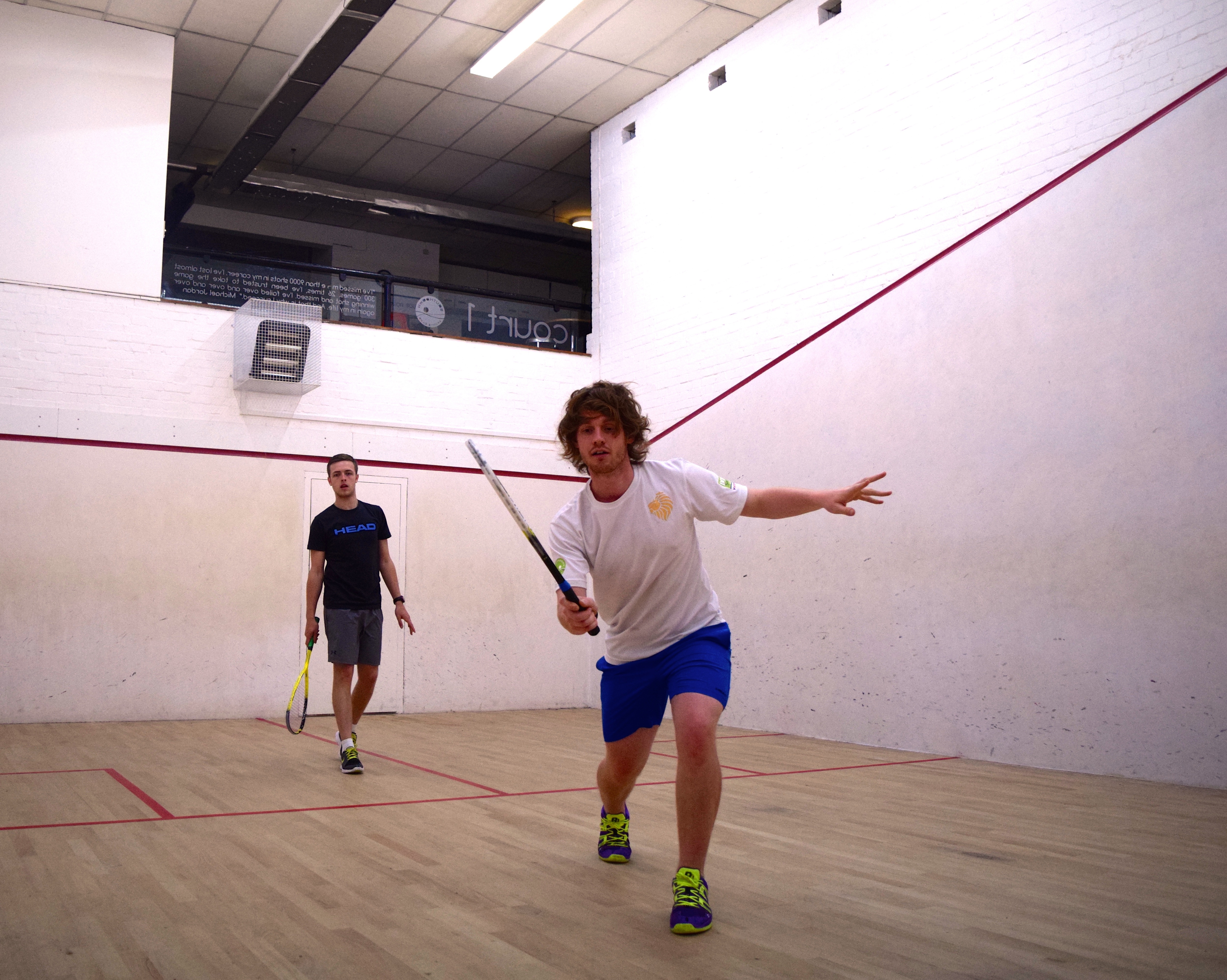 As we can all testify, retrieving shots from the front quarters is hard work physically and so a lot of points are won here over the course of a game. Even if points aren’t won directly from the short shot itself, they can gain points over the course of the game by tiring the opponent out through the amount of court they are covering. If they are tired, they’ll start to make mistakes as the game progresses and their general quality of play will diminish. Drops and short shots also often assist a winning shot as returns are often loose (often poor cross-court lengths), allowing for a winning shot at the next attempt. All of this combined makes the front corners an ideal space on court to attack once an advantage has been earned in the length battle.

Don’t limit yourself to using only the back half of the court. Avoid becoming a player who plays a Death By Drive game. It might cut it in some situations and against some players but this strategy is never successful in the long term compared with a strategy that involves effective use of short play in addition to effective length.