If there is one motto I have as a coach when it comes to how to play squash (I actually have many…), it is ‘hit the ball where your opponent is not’.

If your opponent is at the front, hit the ball to the back. If they are at the back, play to the front. If they are on the right hand side, send the ball fizzing away to the left and vice versa. Hit the ball where your opponent is not and you are guaranteed to make them run. Make them run and they will get tired. When they are tired they will make errors and play weaker returns, both of which are great news for you. 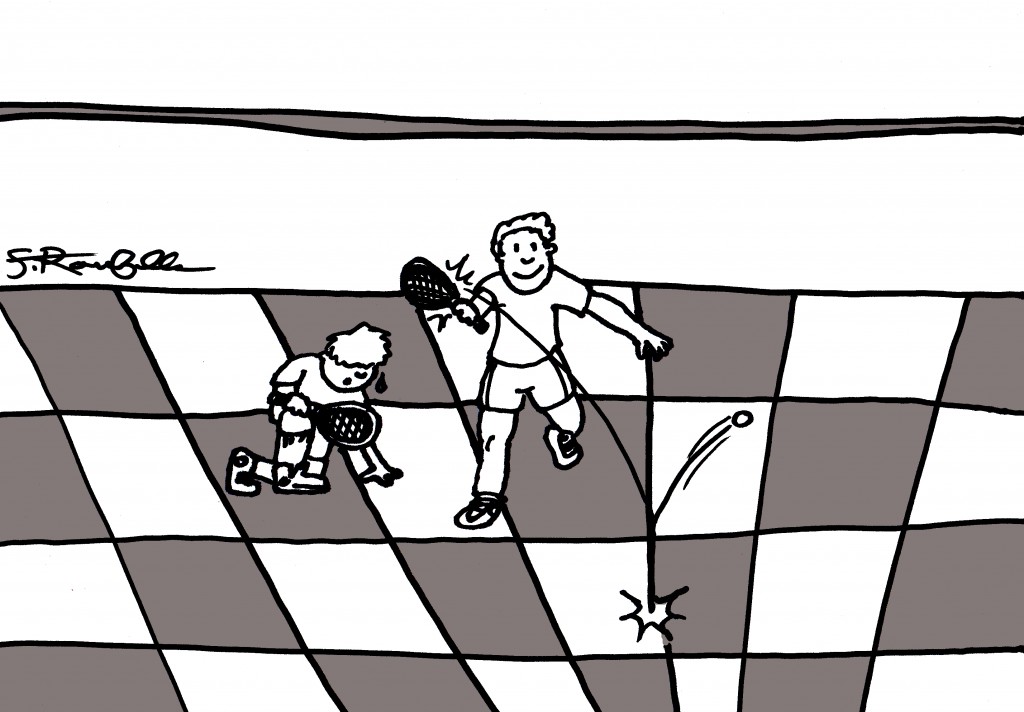 It is a simple philosophy and makes perfect sense and yet it so often goes unheeded. Too often we neglect to think about what we are really aiming to achieve with our shots. We settle for keeping it in play or thrash it down the line without really considering the reasons for playing the shot. It sounds stupid when you say it like that but it happens at almost all levels of the game.

Some may argue you don’t have time to think during a match but you don’t need to think in the normal sense of consciously thinking. If you have an internal monologue going on where you are having a conversation with yourself – “I think Steve is behind me in the back corner. So I think my best option is a short shot. Maybe I’ll go for the straight drop…” – then you probably won’t have the time to consider your shot but I don’t imagine that this is the case with most people. We almost always act on instinct due to time constraints but there is no reason that instinct can’t be educated or well informed and make use of the impressions we get from our surroundings. If your opponent is behind you or you’re intercepting a shot while on the T, a drop shot or other short shot should be a primary shot choice as you know that your opponent is behind you. Even if they read your shot, they’re going to have to run to recover the ball, which beats hitting the ball straight back to them. 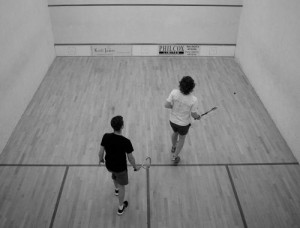 If they’re in front and in a good position, a length shot should be the most used option. If however they are in front but not really high on the T-Position or not fully watching, a cross-court or a low boast might be the default option.

There isn’t always time to think through each individual shot but that doesn’t mean you can’t program yourself to determine in an instant which shot is the most likely to cause your opponent difficulty based on small bits of information that you can glean in half a second, such as where they are on the court.

To do that, all you would need to do is feed your brain with information by watching what’s going on. Your instinct will take care of the rest. Use your eyes to source information and make a snap judgement on your opponent’s positioning, balance and anticipation. If you do this, you will automatically know what your best option is and all of this won’t require half a second for sportsmen and women with any reasonable experience in any sport. Of course don’t be too predictable though and throw in some different shots from the front and back from time to time to keep your opponent guessing.

You won’t always get the right shot and it won’t always be successful but if you make snap judgements based on what you can see (and even hear if your opponent is behind you) you’ll get more shot selections right than you get wrong. You can quite literally program yourself to hit into open spaces.

If you attack the open spaces that your opponent leaves for you, you will test them greatly as they will have to work hard to return your shots. If you can make them work very hard, you stand a good chance of winning the match.