What are deception and disguise?

You’ll hear many different words used by players and coaches all around the world when it comes to describing the art of preventing someone from anticipating your next shot. The major ways of doing this are either to pretend to play one shot and then play a completely different one, to approach several shots identically so that your opponent can’t tell which one you will play, and to wait to play your shot until your opponent starts to get nervy and guesses your next shot.

Here at The Squash Company, we use the following terms for these situations and define them as follows: 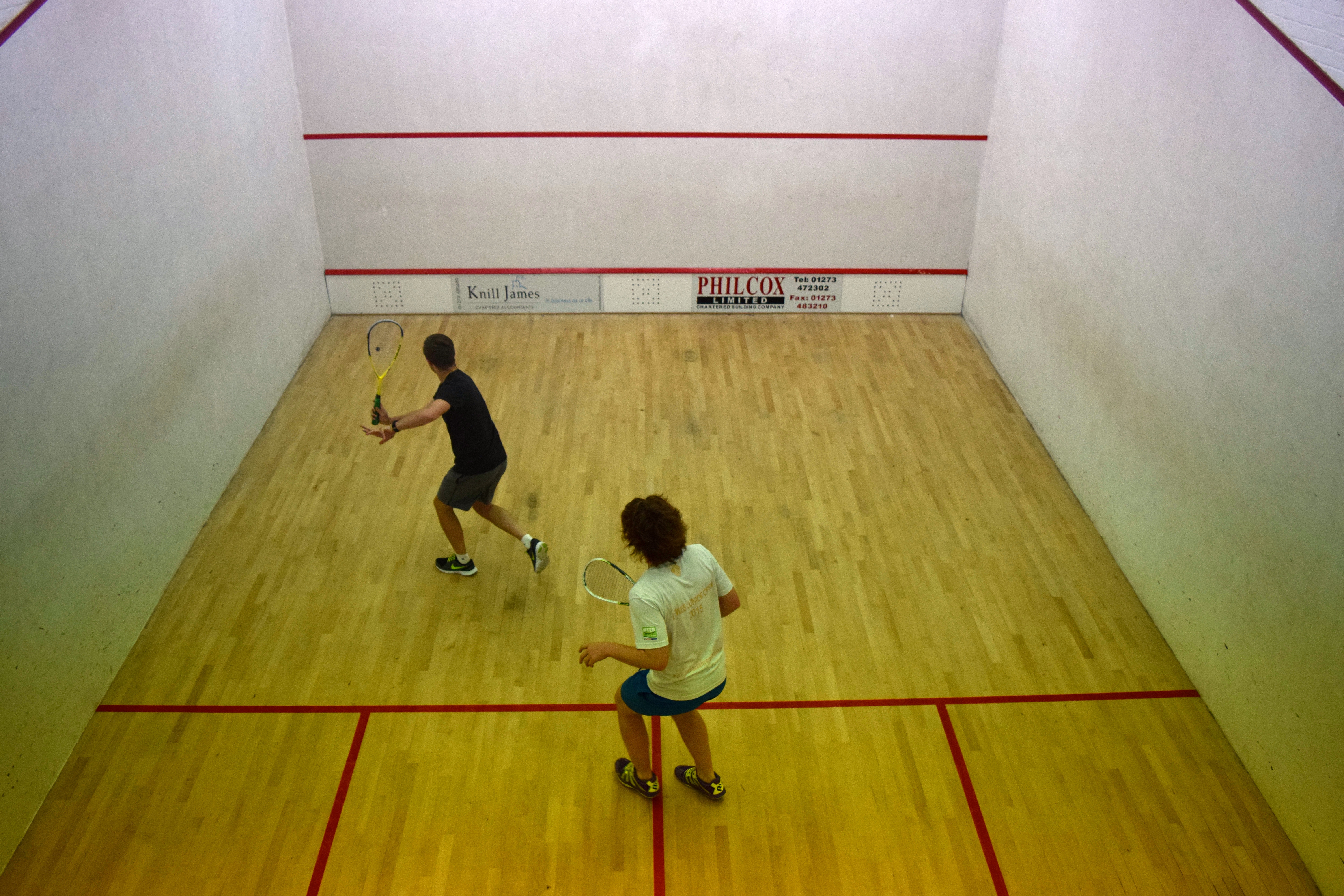 Deception – Positioning your body or racket in such a way that someone is completely unsure of what shot you are going to play, or can’t tell the difference between your preparation for different shots.

Whereas we define disguise as deliberately faking one shot and then playing another specific shot, deception doesn’t necessarily involve pretending to play any particular shot. For example, you could be facing the front wall – being front on – so that your opponent can’t tell whether you will play a straight or cross-court shot, or be playing your drop and drive with identical preparation.

Some players will have a technique or style which makes them very hard to anticipate, and so they are naturally very deceptive as it is hard to tell one shot from another until they’ve hit the ball!

Delay/Hold – Delay or hold is when you deliberately pause or slow down before playing your shot in order to try and make your opponent commit early so that you have an open space on the court to hit the ball into. Hold or delay is also very effective for changing the pace of a game and playing against players who like to move early.

Usually delay is used in combination with disguise or deception, as you will often take a long time pretending to play one shot and then play another, or hold yourself in a deceptive position where you could play multiple shots.


Why is it important?

Developing skills in all of these areas is so important. If your opponent can always read what you are going to do, they will always feel fairly comfortable playing against you, even if they are being worked from corner to corner. If you successfully wrong foot an opponent and deceive them once or twice, they will start to doubt their anticipation skills. Even if your attempt is unsuccessful, and you make an error, the attempt can still plant seeds of doubt in your opponent’s mind. This can unnerve people very quickly, and often causes people to start guessing what you will do, or avoid anticipating altogether so that they end up having to sprint to return the ball, which means you can hit them physically as well as mentally.

Shots played with deception, disguise and hold can also be very taxing physically to deal with, as the receiving player may find it hard to move rhythmically as they don’t know what will happen. As a result, they have to sprint, then stop and then sprint again. Squash players like to move at a stable, steady pace. Even if the pace is on the fast side, squash players like to move rhythmically. With delay, disguise and deception, you can break up that pace and leave your opponent having to face standing still for seconds before sprinting for a ball, and that’s only if they are able to maintain their position in the middle and not be sent the wrong way by your disguised, delayed or deceptive preparation. 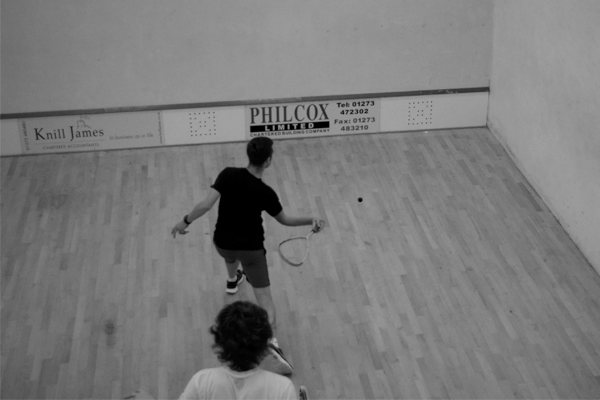 If you can work your opponent physically and mentally, you will put them in a lot of bother.

Most importantly though, disguise, deception and hold allow you to finish rallies. They allow you to hit winning shots that will win you points. Shots with any of these three skills don’t even have to be amazing shots in their own right. Quite often a well disguised straight drop, straight drive or cross-court drive will win a rally just as easily as, and more reliably than, hitting a spectacular nick.

How do you develop disguise, deception and hold?

Practice; you just have to try.

I always find it useful to lie to myself, and pretend to myself that I’m going to play one shot to try and make my body prepare for the false shot authentically, and then play a different shot at the last minute. This takes quite a bit of composure, as does any shot where you use delay particularly, and therefore needs to be practised quite a bit so that you will grow in confidence using it.

You can just have a go in matches, but I would recommend you try some training games so that you are not afraid of messing up and making mistakes. If you are looking to practise deception, disguise and hold laterally – pretending to hit the ball to one side of the court and then hitting it to the other – I’d recommend front court vs. back court (also known as long vs. short). In this game, one player is at the back of the court and must play shots which bounce before the short line e.g. boasts, drops, kills etc., and the other stands at the front and must hit all of their shots past the short line to the back of the court e.g. drives, lobs etc. This gives both players the chance to practise hitting straight and then hitting cross-court, and vice-versa.

If you want to practise longitudinal deception or disguise – pretending to hit the ball short and then hitting it long or vice versa – I’d recommend an alley game/half-court game, which means only playing on the forehand half or backhand half of the court. Since you can’t play cross-court shots, you have to learn to trick your opponent in straight lines. To make it easy and get lots of opportunities to practise, I’d start by saying Player A can only play short shots, and Player B can play short or long shots. This lets Player B practise deception, disguise and hold, as they know where Player A will hit the ball and they have more options. After an agreed number of points or amount of time, players swap roles and then later swap sides.

Go out there and have a go. Add that extra dimension and layer to all of your shots. To be an effective and dangerous player capable of finishing rallies, you need it.