Please note that the following text is a simplified take on the rules of squash and not the complete version. They will however be more than enough to get you going! To see the full rules for squash, visit the World Squash Federation rules here.

Below is a map of the court with all of the main areas labeled and highlighted: 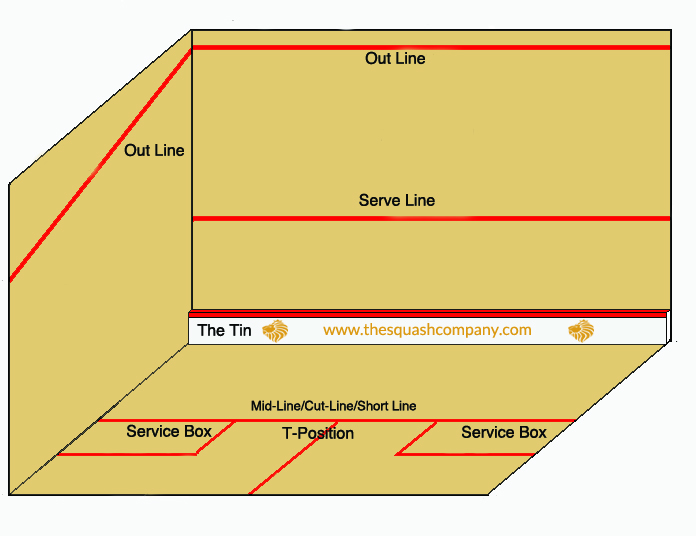 The ball can hit any of the walls first but it must always hit the front wall before it hits the floor. If it doesn’t, it is out. If the ball hits any of the lines at the top of the court or the Tin, the red line and boards at the bottom of the front wall, it is out. 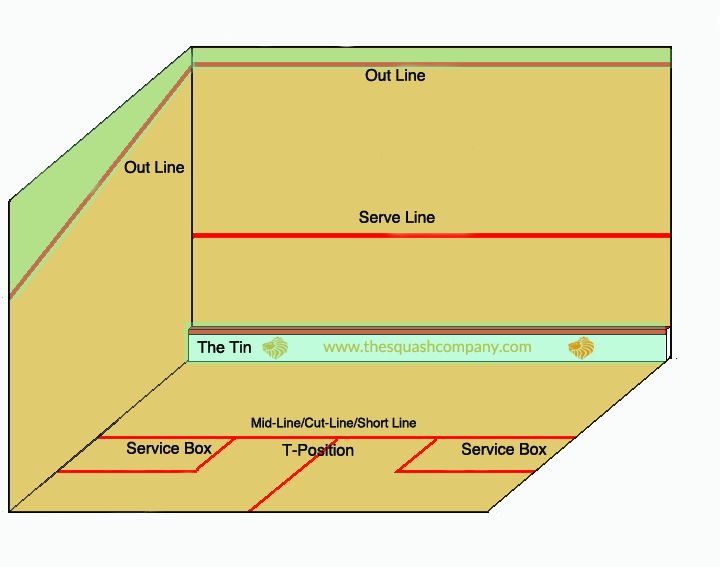 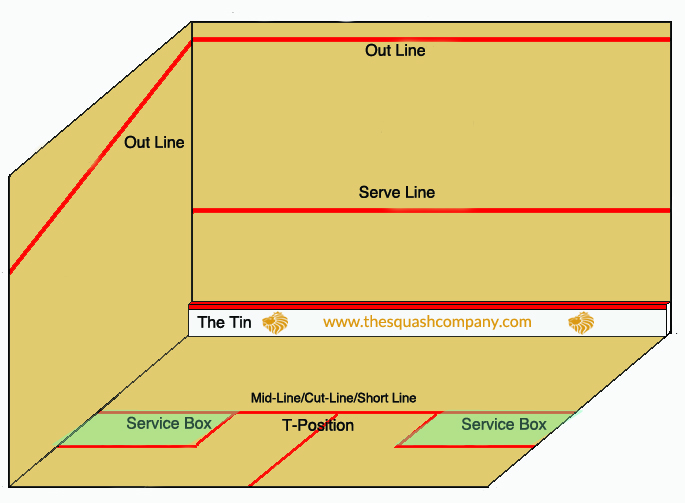 Service: In or Out? 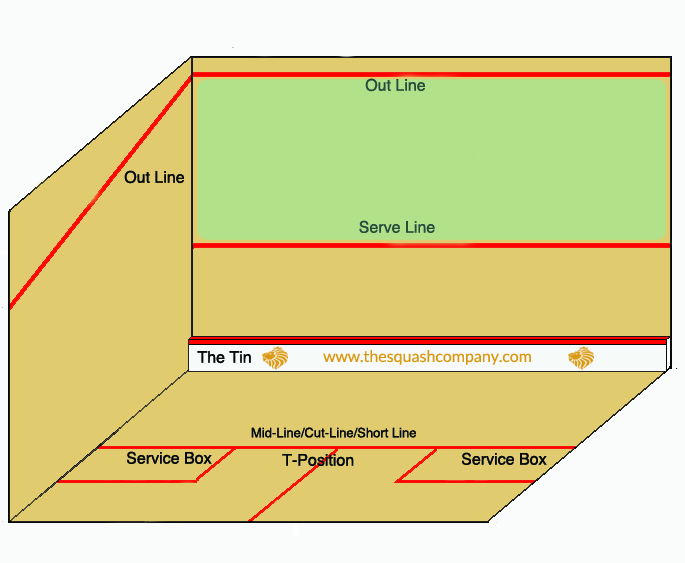 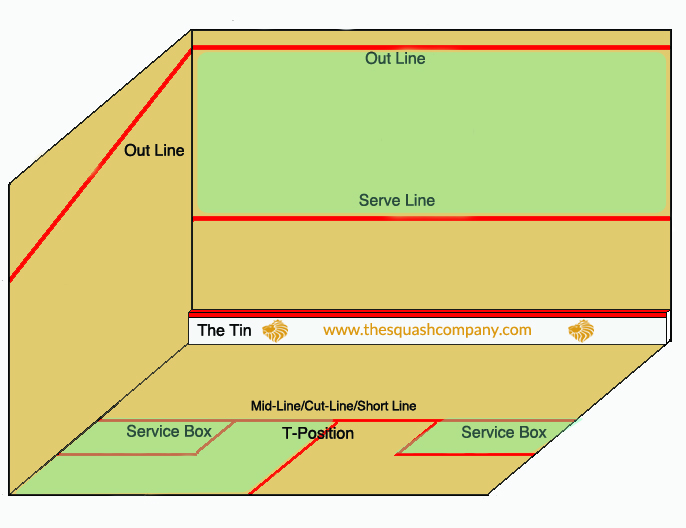 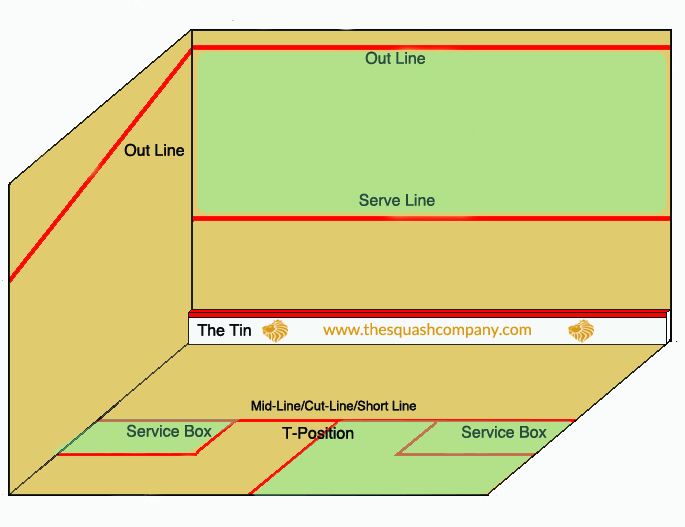 In general, a player is awarded a ‘Let Ball’ if the obstruction takes place as they are travelling towards the ball but are not yet ready to play the shot or could not play play a shot towards the side wall. A ‘Let Ball’ is also awarded if a player serves before their opponent is ready. A ‘Let Ball’ can also be given if the players/referee/marker are unsure of the outcome of a point e.g. not sure if the ball was out or not.

When a ‘Let Ball’ is given, the point is replayed.

A ‘No Let’ is given when the player who asks for a ‘Let Ball’ is deemed to have not been in a position to get the ball back before it bounced twice. This can happen if the ball was too far away from them or if would be impossible to return, e.g., it hit the nick or was too tight to the side wall. When a ‘No Let’ is given, nothing changes and play continues.