Being able to defend is very important in squash, as if you aren’t able to defend, you’ll find yourself losing rallies as soon as you aren’t on top. In my opinion defending should be viewed as a transitional phase during a match rather than as a basis for gameplay, particularly when playing the new point-a-rally (PAR) scoring system.

Defending the ball should by in large be a means for getting back on the offensive and so most defensive shots should effectively be counter-attacking shots. Unless of course it is a last ditch effort and you are fighting to stay alive for one more shot in the rally (one coach once very wisely said you win a rally by keeping the ball up one shot longer than your opponent… Very true but unfortunately if you wait for an error from your opponent you might find yourself beaten first). 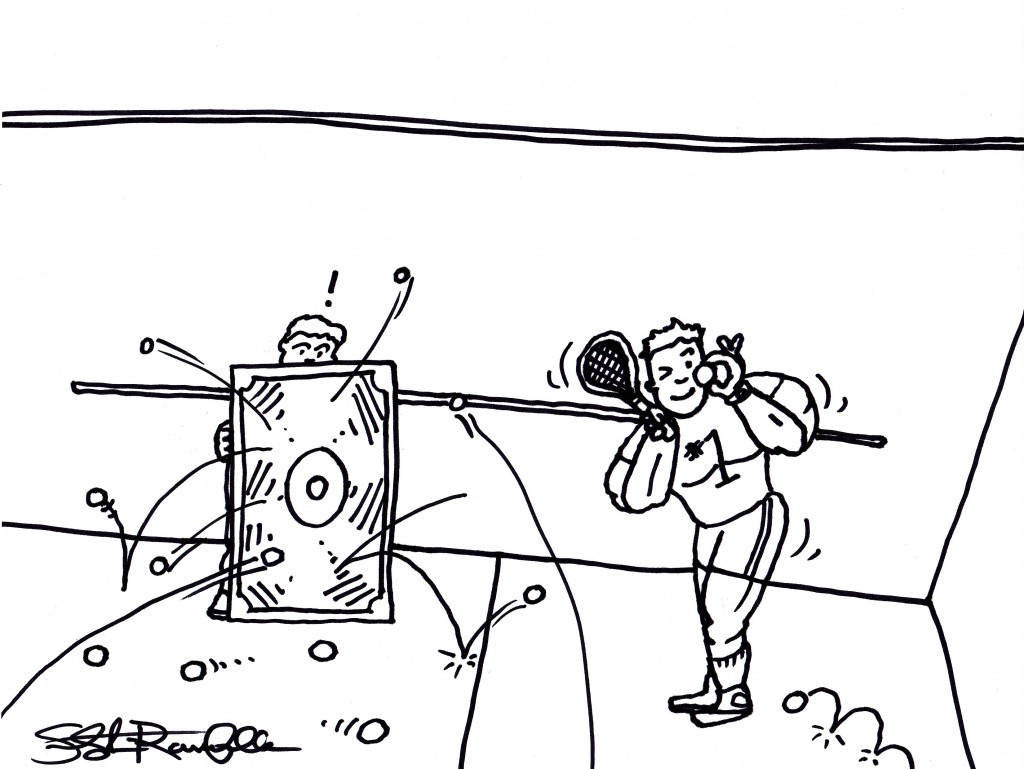 During those situations where you find yourself on the back foot and the momentum is with your opponent, it is best to look for a counter-attacking shot. The aim of this shot should be to both improve the situation and to give you the opportunity to seek a better chance to apply pressure and attack your opponent at a later moment in the rally.

In my opinion, the best counter-attacking shots are lobs and boasts. Of course you could argue the straight drive is the most natural counterattacking shot there is; after all you frequently find yourself trading drives up and down the line with your opponent looking for an opening. However, I’m talking about those times when it’s going to be a real struggle to play a high quality drive. Perhaps you’re pushed for space in the back corner, hurtling towards the front corners or maybe it’s simply something your opponent will not expect. Whatever the scenario might be, there are times when an accurate drive just isn’t going to happen and sometimes you need to be able to do something different.

The cross-court lob from the back of the court is a more common shot at a high level, as you can go from being in a tight spot at the back of the court to being on top or even winning the rally in one shot. It can be risky though, as if you don’t get the depth or height right your opponent could pick you off.

As well as the lob, the boast is almost always on. If you aim for a fizzing, low two-wall boast (a boast which bounces twice or would bounce twice before it hits the far side wall, hitting just the side wall you hit the ball into first and the front wall, missing out the third wall) you can also find yourself turning the rally on its head in one shot. When played well, a two-wall boast is such a tricky shot to handle, as it can leave your opponent badly out of position or better yet, catch them completely flat footed and win the rally.

Both of these shots embody the philosophy of defending with attacking intentions in mind so that you can not only survive but better your position and turn the rally around. Never play shots just to stay in the rally unless it’s an emergency dive or a back wall boast. Always play with purpose and aim to make your defensive shots dangerous. There’s a lot of truth in the old sporting adage that the best form of defence is a good offense.