Length shots (such as drives or lobs) are the most common shots in the game (and with good reason). As the name suggests, length shots are shots which go to the back corners of the court.

The length battle, one of England Squash’s Five Pillars, is all about control of the T-Position, the name given to the ‘T’ shape point at which the mid-line meets the line dividing the two back quarters. From this area rallies, games and matches are often won and lost. 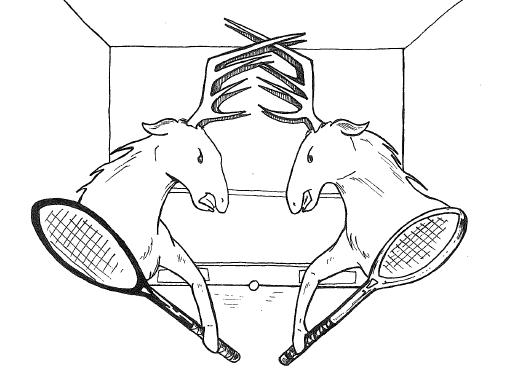 The person who controls the T-Position has a major advantage. They are in front of their opponent, which allows them to make great use of the front corners and short shots, as their opponent will have to cover a lot of ground to retrieve these shots. We discuss this in further detail in our pages on controlling T-Position and going in short. It is also a good position from which to volley, as you’ll get far more opportunities to hit volleys when on the T-Position.

This is why you frequently see good players exchanging a long sequence of length shots; they are jostling for supremacy of the T-Position. It is like two animals circling each other, locking horns, probing and testing for any weaknesses in the defensive play of the opponent. Once that weakness is found, the player who forced a weak length from their opponent tends to then go on the attack with a more aggressive shot, such as a volley or drop shot. 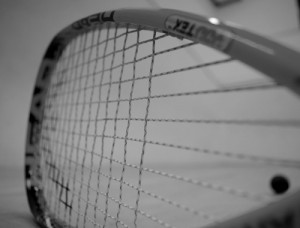 Length shots are the foundation upon which the majority of successful game plans are based upon, including very attacking ones. Good length shots are the best shots at forcing a weak return from an opponent, opening up the court for a short shot or any other attacking shot you care to mention. The fancy short and attacking shots need the length shots to make them work, as without accurate length the right opportunity to showcase these more flamboyant shots doesn’t arise. Equally, the length shots need the short shots to make them effective. A great length game on it’s own isn’t typically as successful over the long term as a game plan which combines great length with a range of finishing and aggressive shots. These aggressive shots take advantage of the weak returns their great length game yields and so both types of shot need the other to function successfully on a regular basis.

Straight drives may not be the flashiest shots to play but they are the foundation upon which all of the beautiful shots we remember are built, so make sure your drives are good enough to win the length battle. If they’re not, you might find you never really get the chance to show what you can do. Equally, make sure you do have something you can do to follow up your length, as you can’t always drive a person to death.