Is your length shot coming off the back wall too much?

I posted not too long ago about whether people are actually achieving anything when they try to play a length shot, particularly drives (or rails in US parlance). Continuing with that theme, it’s also vital players monitor their length shots to see if they are coming off the back wall too much.

When the ball bounces off the back wall

Lots of players overhit their length and allow their opponent a good deal of space and time when the ball comes off the back wall. At worst, the ball should come off the back wall no more than a rackets length, which isn’t as much as it sounds. Even when it is coming off the back wall as much as this though, it allows an opponent increased time to get to the ball, they have to move slightly less and they will also have more room to swing as the ball is no longer trapped in the corner. All of this adds up over the course of a game and leaves your opponent feeling fairly comfortable. Contrast this with making them rush towards the back corner as they know your shot isn’t coming off the back. Firstly, they are rushing, which is physically demanding, especially if repeated. Secondly, because they are rushing, they will tend to have weaker decision making and therefore their shot choices may suffer. Lastly, they are under pressure technically, as they have to find a way to get the ball out of the back with two walls in the way. 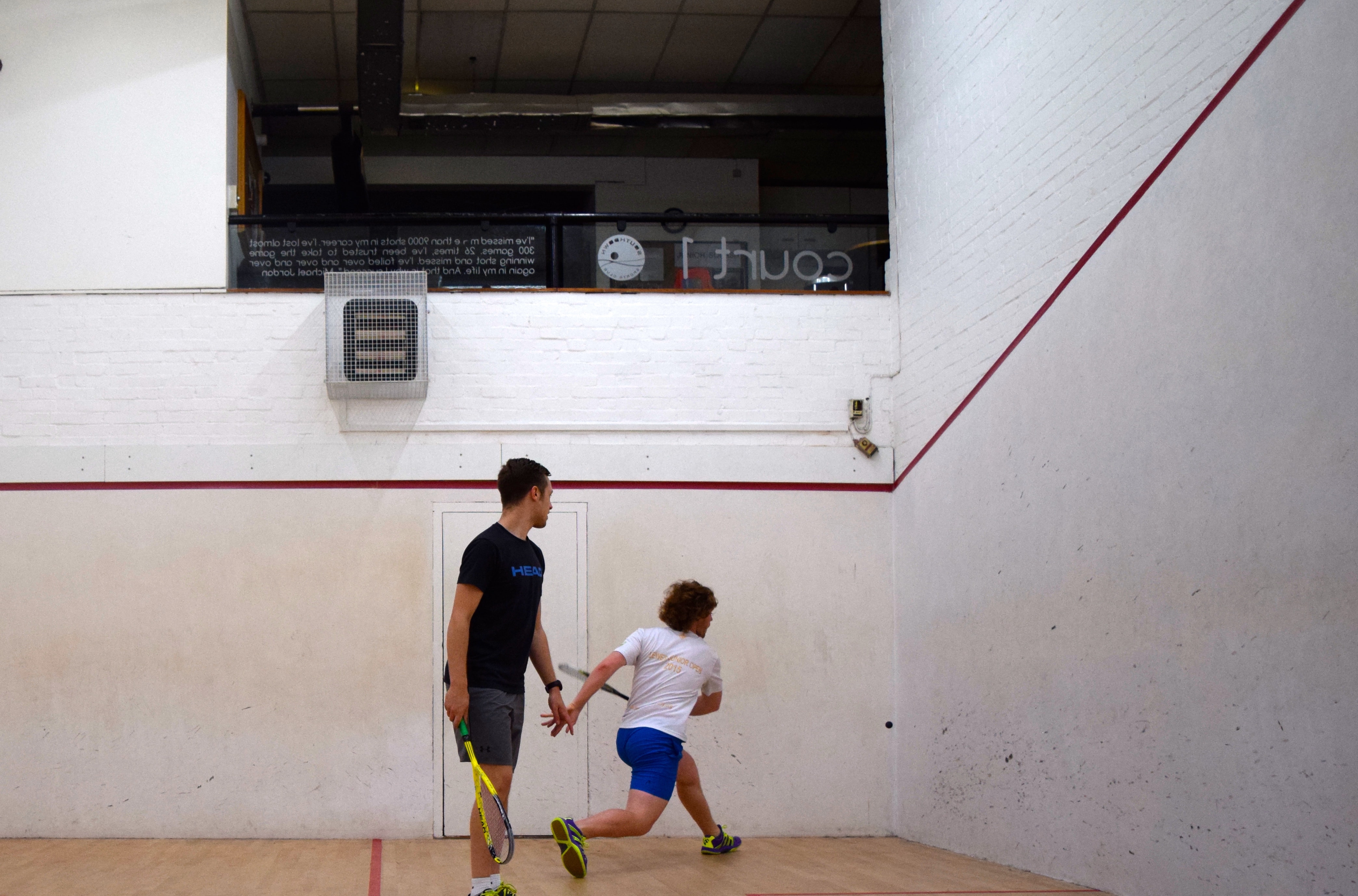 Balance between overhitting and under-hitting

On hot days or with a hot ball it can be tough to find a balance between length and overhitting the ball, as it it is just as easy to under-hit the ball and play a short length as it is to overhit. First and foremost make sure your length shot gets your opponent off the T-Position, which usually means getting the first bounce of your shot behind the serve box. However, be keenly aware of how much your shot is coming off the back wall. Do your best to retain your length whilst making sure the ball is bouncing twice right in or near the back corner. The best way to achieve this is to get your racket above the ball, Amr Shabana style, so that whenever you hit the shot it is going downwards. It might also mean hitting the ball lower or even hitting the ball a touch slower. Usually, accuracy is more important than power when hitting drives, although this is not always the case.

During your next few games, see if your length shots are coming off the back wall a lot and if you can do anything about this.