Playing at a high tempo

Tempo is an invaluable weapon for keeping an opponent off balance, particularly if you are able to change it unexpectedly during the course of a game.

Playing at a high tempo doesn’t necessarily mean hitting the ball hard, although it might involve that. Playing at a high tempo means giving your opponent less time between their shots by hitting the ball earlier, typically done by using the volley or half-volley more or hitting the ball higher up the court, i.e. closer to the front wall. Playing your shots early again and again over the course of several rallies adds up and it will make your opponent work a lot harder than they otherwise would, which can lead them to tiring quicker and making errors.

When is it effective to play at a high tempo?

I would argue that there’s very few times where it’s a bad idea to play a high tempo. There’s a school of thought that says you should throw your all into every rally, regardless of whether you won’t be able to keep it up for four or five games. This is because it might be enough to wear your opponent out doing it for two games and it also will help you to get fitter and stronger and get to the stage where you can do it for five games if required. However, you may want to avoid playing at a high tempo if: 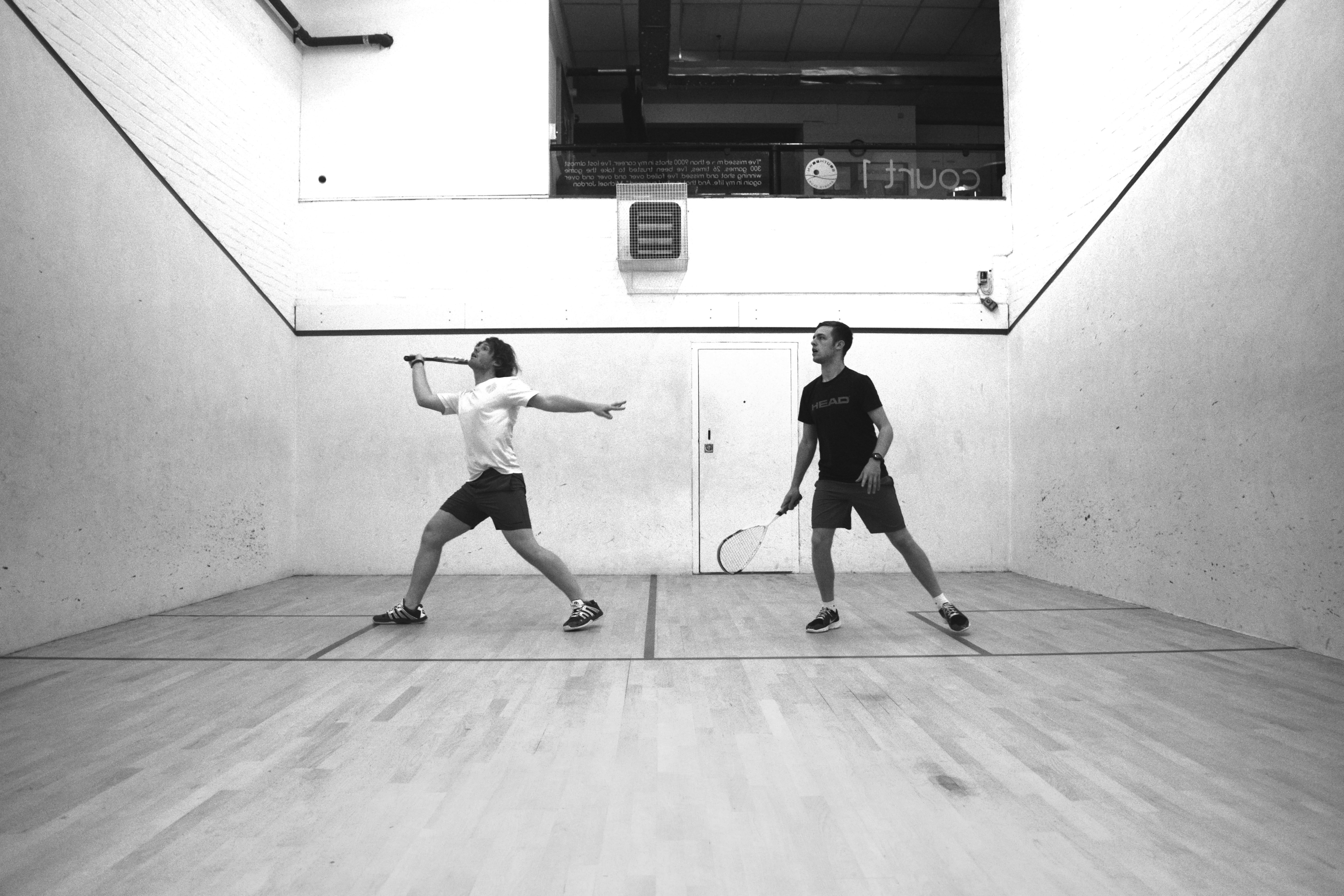 I believe it’s always effective to start a match at a high tempo. Lots of players start slowly, so if you can come out of the blocks flying, you might build an early lead and quite possibly even take the first game. This will also test your opponent mentally, as even if they get going in the second game, they’ll now be 1-0 down and will have to stave off fears that you can sustain that tempo for the entire match, or that you are even that much better than them. The same goes for the start of games. If you can get off to a good start, you can test your opponent’s mental strength.

It’s also of course a great physical test. If your opponent is older than you or of questionable fitness, you can try to burn them out by playing at a high tempo. This is particularly effective against players who are more skilful than you, but lacking in fitness.

It’s also good if your opponent is trying to slow the game down. Refuse to be drawn into your opponent’s game!

How do you play at a higher tempo?

Naturally, if you want to play at a high tempo you need to volley. Don’t let serves bounce, and use the volley to stay on the T-Position for as long as possible.

One classic mistake that players make when playing at a higher tempo is overhitting. If you take the ball early, you’ll take time away from your opponent. However, if you’ve hit the ball so hard – or played it so that it bounces very close to the back wall – that it rebounds off of the back wall a lot, you’ll give that time back to your opponent. So, make sure all length shots you hit are dying in or around the back corners. If you are going to hit the ball very hard, make sure you hit it low on the front wall, but do your best to keep an open racket face so that you are still getting the ball to bounce behind the service boxes and actually get to the back of the court. If you get this right, your opponent will have to return most of your shots before the back wall, which is demanding physically and technically and will effectively force them to play at a high tempo.

Also, it’s really good for you to look to intercept their length before the back wall. The best way to do this is to move in a straight line from the T-Position towards the back corner and aim to take the ball around the service box. This can take a bit of practice, and even if you have to hit the ball a bit higher on the front wall, you are stopping your opponent getting settled on the T-Position.

See how many people you can unsettle and keep off balance with a high tempo! Look out for our next post on how you can use a slow tempo to great effect.