How to overcome Fear of Failure

Handling and wielding your fears

In the following paragraphs we’ll outline ways in which you can handle Fear of Failure whenever it might occur.

Fear of failure can be one of the most debilitating conditions in sport. It usually afflicts the very motivated and rather cruelly; the more you put effort into trying to shake it off, the worse it gets.

Fear of failure is not necessarily caused by a player feeling unconfident or being of a nervous disposition. It is less about a person’s confidence and more about expectation. Some players simply feel they have to win – that they must win. Maybe it’s for their parents, perhaps its because they simply feel like they have to win the game to meet their own high expectations or maybe they feel they have something to prove.

The underlying problem is these players are thinking about winning. The more they think about winning, the more they increase the pressure on themselves. In a twisted sort of psychology, it’s actually more beneficial to think about losing a game. This is not to say you should write yourself off and decide you won’t try because you think you have a tough opponent. It’s about rationalisation and being comfortable and accepting the possibility you might lose.

When you think about losing, you rationalise your feelings. For most people the experience of rationalising losing will be surprisingly liberating. If you embrace it, it makes you stronger. You realise that nothing bad will actually happen if you lose. It might hurt and be disappointing but the sky won’t fall down and your parents (probably) won’t cast you aside. You realise that even if it all goes horribly wrong in the game, there will be more opportunities. Suddenly, the pressure seems to subside. 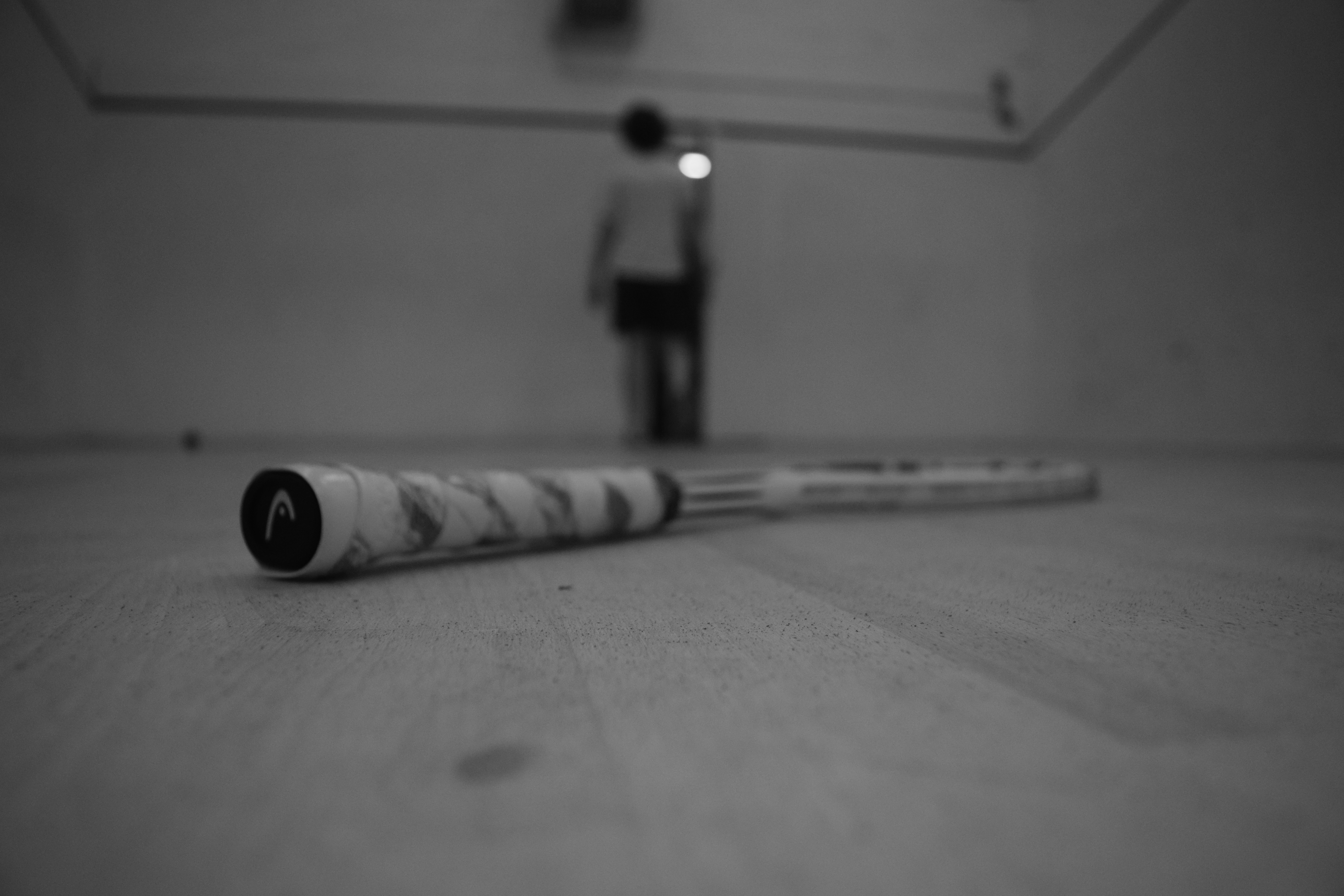 A lot of players play their best squash in games where they perceive themselves to be the underdog. Almost everyone can relate to that feeling of having felt like they upped their game against a better player. Then you play a player who is about your level or someone you would expect to beat and often you don’t feel like you played so well. How many matches can you recall where you feel you played really well against a player who was below your perceived standard? Even a similar standard? Why is that? Why do we up our games against players who are superior to us? I believe it has a lot to do with what we’ve discussed above. When playing a player you know to be of a higher calibre, you often relinquish all expectations. As such, you free yourselves from all pressures and the constraint of expectation. When playing a player you are expected to beat, you think only of winning and when you think of winning, you apply pressure to yourself and often look to win points quickly or get concerned very quickly if they win a rally or two.

It seems completely illogical. How can actively considering thoughts of defeat be beneficial? As someone who has been crippled by fear of failure myself, I encourage you to give a try and see how it goes.

Consider what it would be like to lose. Think what it would be like to lose without winning a point. Just think about it for a minute. I lost 9-0, 9-0, 9-0 in tournament play before in a tournament where I was so crippled by my expectations that I had to run off court in the middle of a game to be sick.  It was obviously horrendous at the time but I remember that sometimes and think that even then, it wasn’t all that bad. That’s about the worst it can get and now it’s nothing but a funny anecdote and story to tell. It’s highly unlikely something even that bad will ever happen to me again or to any of you. If it did though what would you really lose? I played in several more tournaments that season and dozens of league matches. I got a million more opportunities. No one remembers it happening now. In fact, barely anyone witnessed it apart from the marker, a few parents and a couple of bored kids who were mostly looking at their phones and gameboys. No one cared and certainly no one ever laughed or teased.

Don’t dare to dream of winning, dare to dream of losing. You might be surprised at the outcome. I’ve heard it said that it’s trying to play like it means nothing to you, when secretly it means everything – that’s quite a difficult balance to achieve but it can be achieved if you embrace both winning and losing.

Our deepest fear really is that we are powerful beyond measure.

As we have seen, one way of dealing with the fear is to embrace and rationalise the fear of losing. However, you can go in the other direction completely with fear of failure, as you can harness that fear as an incredibly powerful motivational tool to drive you on.

Tim Tebow, an American Football player, coined a phrase I like very much and used when I used to train; ‘Somewhere he is out there training while I am not, and when we meet, he will win‘. He motivated himself by competing with an imaginary opponent who would most likely better him in a match or statistics wise if he was working harder and smarter than Tebow was. He used the fear of being bettered by someone to great effect and thus he harnessed his fear of failure.

Tebow didn’t allow the fear of failure to cripple him – he used it to better his training. He used the fear to motivate himself to improve his preparation to give him the best chance possible of being successful on match day.

If you use Fear of Failure to improve your preparations, it can be a fantastic weapon. Use it to make your train more, to research ways to improve the way you train, to make you stretch and recover properly and do those little extras that might give a 0.1% edge to your game. 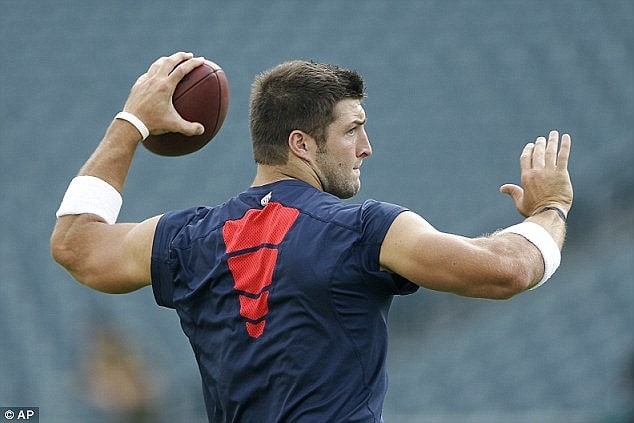 “Somewhere out there he is training while I am not, and when we meet, he will win.”

I personally think it’s important not to get to caught up in comparisons though – philosophically and performance wise – I think you should just focus on being the best you.

As I write this, Leicester City have recently become Premier League Champions. This is the stuff dreams are made of. I feel though that they told the truth all season though when they said we are just focusing on staying up, then that they were just focusing on finishing in the top half, then getting a certain number of points, before finally acknowledging they could actually win the league at the very, very end. I don’t think they thought about outperforming Arsenal, Manchester City or Tottenham. I think their target all along was just to be the best that they could possibly be (to a very high level!) and see where it could take them. Indeed, legendary manager Sir Alex Ferguson says in his book ‘Leading’, that he never set his teams the goal of winning the league or winning the Champions League. The goal was just to win every match, one match at a time, safe in the knowledge they had done everything better than everything else and so had a high chance of being successful in winning matches. They went into each match one at a time expecting to win based on their preparation.

So it would seem you don’t want to judge your success in a race style comparison – e.g. I need to match/better the number of trophies John wins or I need to win the cup this year – as it will hold you back as it’s the wrong mentality. This will make you choke and play with the fear we saw in the first section above. These people or trophies are a factor outside of your control and so thinking about winning them is the wrong thing to do as it is the wrong sort of pressure to apply to yourself. Tebow’s imaginary character who was training when he wasn’t didn’t have a list of real accomplishments for Tebow to better, he was just there to see how far Tebow himself could get.

I always tell the juniors not to watch their opponents warm-up. Every coach will remember at least several occasions where a player of theirs has watched another player warming-up and started doubting themselves immediately. Often, that player just looks good in the warm-up or they don’t actually realise that they themselves look like that if not better.

As long as you focus on just improving yourself and doing the best that you possibly can, you will go far. If you do your very best and you don’t win, well there might have been nothing more you could have done but you can be content in knowing you did your best. More often than not though, you will be successful if you do this and over a period of time, you will see most of the results took care of themselves. (Of course it’s also impossible to ever be complete, so even if you can’t work harder, there are always ways you can work different to improve.)

Use the fear of defeat to motivate you and push you to greater heights because remember, somewhere out there he is training while you are not, and when you meet, he will win.

For more information on how to handle and rationalise beliefs and thoughts holding you back, read our article on Belief.