What to do when you can’t run…

I played a match this week when I was recovering from injury and probably wasn’t really fit enough. I don’t recommend playing when you’re injured in the slightest. I’ve done it before and paid, and you will too if you do it. It may seem brave but when you play on through injury, there is a good chance you will make it worse and be out injured for longer.

If you can’t run for other reasons i.e. tiredness, lack of fitness or your opponent is a lot fitter than you, here’s what you do:

The last thing you want to do is get caught up in long rallies when you’re tired, so you should aim to change the rules of engagement; try to make the rallies end within three or four shots. This doesn’t mean aiming to outlandish winners from your opponent’s serve or aiming to hit amazing trick shots, but to make sure that every shot is geared towards winning the rally. Every shot should be attacking – your Drives should be low and bouncing twice before the back wall, you should continually look to twist and turn your opponent and you should take any opportunities to go short. Whenever you get an opening or an opportunity, don’t hesitate to take it, even half-chances. If you’re wanting to win still you’ll need to play to win so you’ll need to take a few chances.

Playing three or four shot rallies will upset the rhythm of most players anyhow but it’s worth also doing other small things where you can to break your opponent’s rhythm. By this I mean stopping them getting momentum or getting a run of points. If they do this, it’ll be hard to peg them back if they’re in better shape than you. 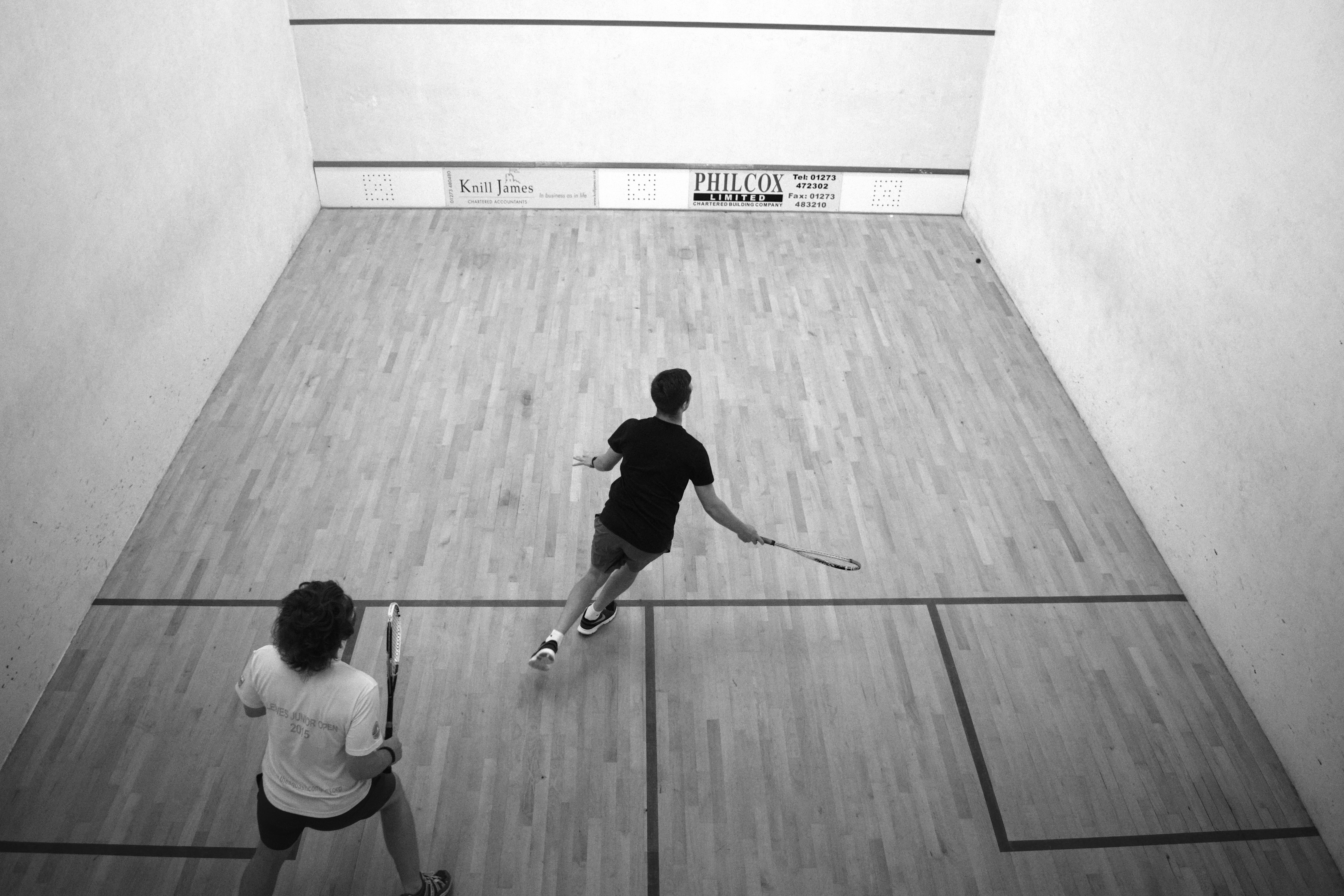 Increased importance of Serve and Return

Serve and Return is a big opportunity to stifle their momentum. Try to vary your Serve frequently. Throwing in a few awkward Body Serves is certainly recommended, as these are good for unsettling your opponent. I said earlier that this style isn’t about going for amazing winners on your opponent’s Serve but it is something to consider from time to time. If your opponent has just won the Serve, it can be very effective to go for a Straight or Cross-Court Drop Volley to try and stop them before they put together a sequence of points.

Try out the Three Shot Rule strategy and see how it works for you. It’s a style and tactic worth practicing, as some day you might need it if you come up against an opponent who is a lot fitter or you’re playing your fifth match of the day.